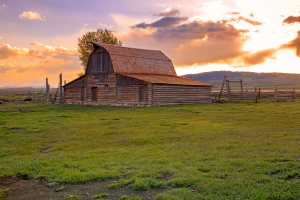 Jerry was born March 9, 1948 in Rutherford County to the late Joseph Earl Skipper and Cordie Huntsinger Skipper.  He worked for Carolina Shoe Company for twenty years and retired from CPM Heating and Air Manufacturing. He enjoyed working on small engines and woodworking. Jerry loved spending time with his family and friends.

In addition to his parents, he was preceded in death by his wife, Peggy Skipper; one son, Gerald Skipper; grandson, Joshua Roper; two brothers, Ben and J.C. Skipper and a sister, Kathleen Lynch.

Those left to cherish his memory include his companion, Maxine Moore; two daughters, Betty Causby and Barbara Skipper (Bruce Helton) both of Morganton; one sister, Sherry Gragg of Shiloh; two brothers, Grady Skipper of Shiloh and Robert Skipper of Ellenboro; three grandchildren, Billy Skipper, Mark Causby, Cassie Proctor and two step-grandchildren, Matthew Pedreza and Nicole Greene. He is also survived by four great-grandchildren, five step-great-grandchildren and a host of nieces and nephews which includes a special nephew, Alan Lynch.

The funeral service will be conducted at 2:00 p.m. on Wednesday, November 27, 2019 at the Harrelson Funeral Chapel with Reverend Chad Sisk officiating. Interment will follow in Eternal Hills Memorial Park. The family will receive friends one hour prior to service time at the funeral home.

To send flowers to the family or plant a tree in memory of Jerry Skipper, please visit our floral store.