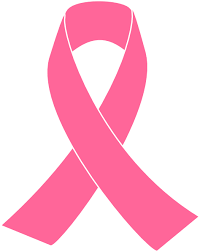 After a courageous 7 year battle with Stage 4 Metastatic Breast Cancer, Phyllis Garrett Hill, age 58, of Forest City, NC passed away on Wednesday, April the 6th 2022, surrounded by her loving family which she referred to as her “team”.

She was born in Sylva, NC on March 10th, 1964. Phyllis dedicated 20 years as the office manager at Outdoor Colors in Rutherfordton, NC. Outside of the office, she found joy in family vacations to the beach and mountains, gardening, shopping, and crafting as well as time spoiling her furbabies, Kayla Bear and Ellie. She was a devoted member of West Point Baptist Church in Rutherfordton, NC.

In 2015, shortly after her devastating diagnosis, an unbreakable bond with 6 other breast cancer warriors evolved. This group, known as “The Breast of Friends”, is a support system she cherished. Phyllis was ultimately appointed “Madame Secretary” by the other “breasties” which include Raina Crowder, Gina Lewis, Dawn Lovelace, Lori Tompson, Kim Flack, and Mellissa Hoover.

The family would like to thank the staff of Levine Cancer Institute located in Forest City, NC for the abundant compassion, care and efforts in supporting Phyllis’ fight. A special heartfelt thanks to Dr. Matthew Rees, the original “coach” of Team Phyllis.

Rev. Lance Scarlett will conduct funeral services on Saturday, April 9th, 2022 at 2 PM at West Point Baptist Church in Rutherfordton, NC. Receiving of family and friends will be from 12:00 to 2:00 PM, with service to follow promptly prior to burial in the church's cemetery.

To send flowers to the family or plant a tree in memory of Phyllis Dianne (Garrett) Hill, please visit our floral store.