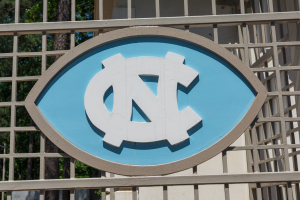 George Thomas “Tom” Warrick, 73, of Mooresboro, NC, made his Heavenly transition on July 27, 2022, at his beloved home, Warrick Garland Horse Creek Farms, while surrounded by his family, fur babies, and 1960s music.

Tom was born in Bostic, NC on March 8, 1949, to the late James Clyde Warrick and Annie Sue Freeman. Tom and the love of his life, Brenda Gail Burleson, were married for nearly 56 years, after she “did a cartwheel off the CHASE High School gym stage during a pep-rally” and stole his heart forever. Brenda tells that story a little differently, but Tom always had a flair for drama and exaggeration. Tom and Brenda resided in Washington, D.C. for a few years, before returning home to Mooresboro, N.C. Tom drove a truck for Roadway Express for approximately 30 years before retiring. His stories from his years on the road were endless and captivated anyone who listened. After retiring, Tom began breeding German Shepherds and created his own K-9 obedience school, Warhaus K-9 Training Center, which he operated until 2012.

Tom will always be remembered for his larger-than-life personality and infectious laugh. He had a passion for politics, UNC Basketball, and dogs. He believed music was best enjoyed while dancing, even if you weren’t on beat. Tom felt most at home while outside exploring nature, and instilled in his children and grandchildren a love for God’s creations, no matter how big or small. More than anything, Tom loved his family. In his final weeks of life, when few things cheered him up, he still lit up when his family entered the room. He was the most loving, supportive “Granddad” to his grandchildren, and was proud to be wrapped around their fingers.

A celebration of Tom’s life will be held at 10 A.M. on Saturday, July 30 at his home, Warrick Garland Horse Creek Farms, located at 284 State Line Rd. Mooresboro, NC 28114. Friends and family are welcome. The family will receive friends immediately after the celebration. The family encourages guests to wear their favorite Hawaiian shirt or casual wear, to honor Tom’s carefree spirit.

Memorials may be made to Hospice of the Carolina Foothills, Post Office Box 336, Forest City, NC 28043.

To send flowers to the family or plant a tree in memory of Tom Warrick, please visit our floral store.

A Memorial Tree was planted for Tom

Join in honoring their life - plant a memorial tree